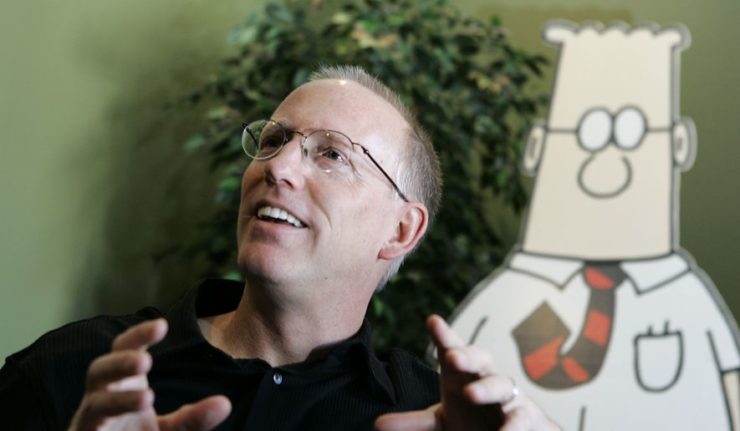 Alex Beam in the Boston Globe today, highlighted Scott Adams’ (the creator of Dilbert) prediction in in his blog August 2015 that the “Clown Genius,” as he calls him, would win a close election up against Hilary.

“On the surface . . . Trump appears to be a narcissistic blow-hard with inadequate credentials to lead a country.”

He added to the message in the Wall Street Journal this week:

“Humor is an extraordinary tool of persuasion,”

Adams compares Trump to Ronald Reagan, “a Master Persuader — someone who sees reality as malleable because to a large degree it really is.”

“Why does he say these things? He does it because he’s creating the future. The fact checkers are missing the entire show. The show is the president is describing the future by pretending it’s the present. It’s right out of the Norman Vincent Peale playbook.”’

Alex Beam writes, comparing Adams to Milton, but mistaking God for Satan: “His mission might be called ‘to justify the ways of Trump to men,’ and he’s good at it.” 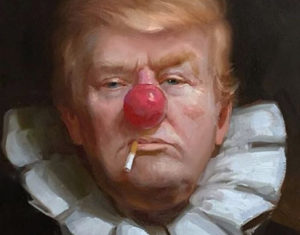