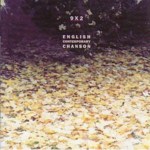 “They don’t know where to put me because there is not a category like chanson over here,” [Leon Rosselson] says. “If you go to a record shop you will find me in the folk section, which is OK as I have to be somewhere. But I think my music goes beyond that.” It is clear that Rosselson sits closest to chanson, but, despite some false dawns, the genre has never taken off in England, at least not in our native tongue. Brel tributes can always draw a crowd, but what could be regarded as English chanson remains almost an awkward note in the margins of English music.

From Folkweb: Article about Robb Johnson and English Chanson

” I set out on a quest for an entirely new genre: English Chanson! ”

Robb Johnson: “In 1997 I wrote “Gentle Men”, a song suite about my grandads and the first world war, which was performed at the Passendael Peace Concert. In 1998 I co-ordinated the release of an album of new versions of Jacques Brel songs, to mark the 20th anniversary of his death, and this helped focus the concept of English chanson. I have worked with Leon Rosselson since 1998, and recently with Miranda Sykes [-> FW#29] and Saskia Tomkins.”

“I have been influenced by the French chanson tradition, and to a lesser extent the kabaret tradition of Germany – harder to find because German music is very much dominated, it seems to me, by US fashions due to the years of occupation. Robb Johnson & Leon RosselsonThese are great songs, literate, witty, dramatic, narrative, and these songs come from the European urban experience, which is my experience of life, and is a continuation of the type of song that in the UK was the music hall tradition, the songs that my parents and grandparents sang as part of my background childhood soundtrack. In the UK, partly because we share a common language with the US, it was easier for rock ‘n’ roll to colonise British popular music. English chanson as a concept is partly a reaction against that colonisation, which since punk ended has seen a relentless dumbing down of the content of popular music, and partly a reaction against the trend of folk to define itself primarily in terms of the past and the rural, pre-industrial experience.”

Nouvelle Chanson, whilst influenced by the forefathers of French Chanson (cited above) has developed through modern influences such as rock and electronica. There is a tendency for theatricality and the adoption of personas, alongside intensely poetic lyrics incorporating surreal and metaphorical elements. Wry, intelligent humour is also often prevalent. However the defining characteristic of Chanson, both old and new, is that it focuses on the French language as vehicle and instrument.