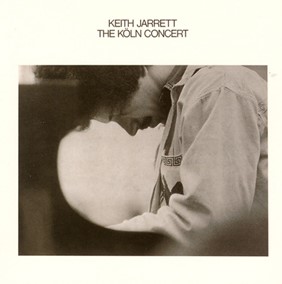 Reading, Messy by Tim Harford, I came  across this story of how for his most famous concert and most successful recording, Keith Jarrett played a broken and under-sized piano and despite its limitations reached new heights.

The opera house, possibly because they had no interest in the late night jazz series, had supplied a small out of tune and broken piano.

Jarrett played anyway finding a way to to make himself heard and improvising music around the limitations of the piano.

Jarrett was prepared for this as he had already been playing concerts with no music and no rehearsal.

“Sleep-deprived and harried that night, and his mood wasn’t helped by the fact that the opera house had supplied a relatively small, poorly tuned piano rather than the Bösendorfer grand that he requested. Even after an emergency tuning, the instrument supposedly sounded like a toy, with shrieking high notes and little projection in the low registers. On the record, having passed through two microphones, the piano has an almost otherworldly sound, like it’s five stories high and made of glass. Jarrett plays it harder than he does on his other solo recordings, bashing the keys and keeping largely to the mid-range notes, perhaps out of frustration. “What happened with this piano was that I was forced to play in what was—at the time—a new way,” he explained years later. “Somehow I felt I had to bring out whatever qualities this instrument had.”

Full article about the Köln Concert