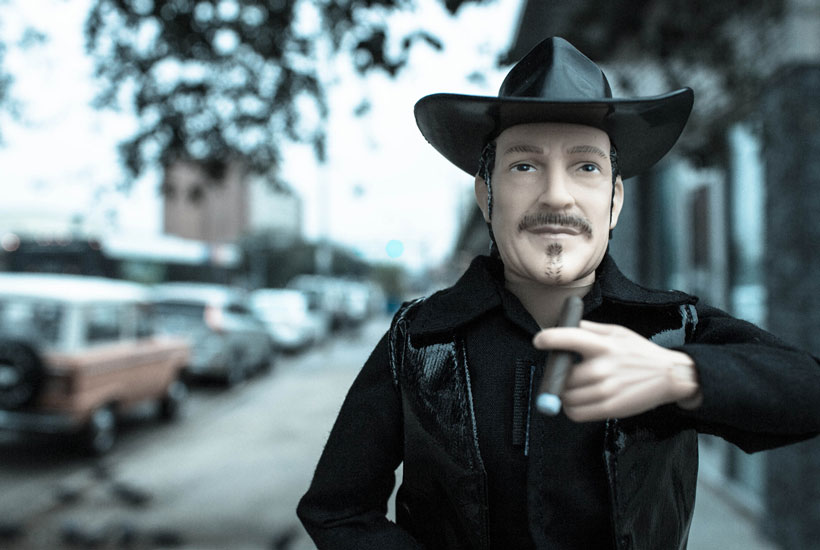 An article from Tablet Magazine about the Kinkster.  He is his own man , who in his novels and his songs is often veers into bad taste, sexism and more while at the same time creating sympathetic characters and images that demand a response.

The legendary songwriter, novelist, and Texas phenom is touring on his first new album in three decades, but Kinky Friedman will still sign anything except bad legislation

Kinky Friedman is one of the best songwriters of our era, yet most people today who know Kinky know him not from his music but from the series of popular detective novels he wrote, beginning in the mid-1980s, and for his recent campaigns for public office in Texas. His early music, recorded back when there were vinyl LPs, never achieved the kind of commercial success that many less-gifted, better-marketed artists enjoyed. Perhaps the greatest of the eras’ singer-songwriters, Bob Dylan, told Friedman, “You came five years too late, man, or you’d be rich like the rest of us.”

Every gift has conditions, all talents have constraints: Friedman’s would not conform itself to the marketing requirements of the music industry, which, as it became more efficient at getting listeners to part with the price of a record, became less interested in “acts” that ran contrary to marketing wisdom. Sold American, Friedman’s first record, had a children’s song, a satiric ballad, and an elegiac hymn for 6 million Jews dead in the Holocaust all on the same grooved slab of plastic.