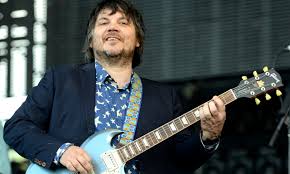 Friends and I work together with a great teacher, John Purcell at the Brookline Music School, and we work as a band arranging, playing and twice a year performing songs.

At the moment we are working on Jeff Tweedy’s Harrison-esque “You Never Know” from Wilco (The Album) and online there is a dispute about one couplet that is mostly rendered as:

“It’s a long heavy hell
Super size it by ten”

Synthesizer Patel is a re

al life fictional character from the show Look Around You:
http://www.bbc.co.uk/pressoffice/pressreleases/stories/2005/01_january/11/look_synopses.shtml 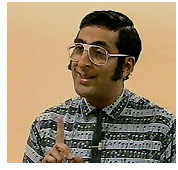 “Synthesizer Patel only ever appeared on a few occasions. When did you realise he had become a bit of a cult hero?”

When the band WILCO namechecked him in a song ‘You Never Know’ and then asked me to join them on stage in character at the Royal Festival Hall. Doesn’t get any better than that. They even sourced me a keytar, which keyboard player Mikael Jorgensen ‘Tronned up’ with fluorescent tape. I fired imaginary laser beams from the neck of the keytar into the audience… 90% of whom, I explained to the band, probably had no idea who Synthesiser Patel was and thought I was either care in the community or a genuine alien.”
Share This: